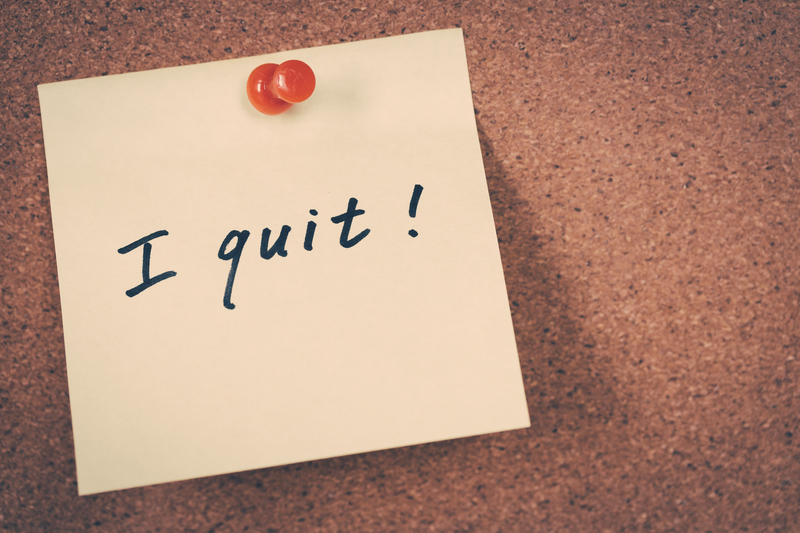 Some Important Things You Need to Know About How Employees Quit

AS MUCH AS WE LIKE to focus on all the various ways we can improve upon the way we recruit and hire new employees, we also know that we should spend as much (if not more) time on how we can better retain the people that we already have on our staff.

The problem is, no matter how good of a job we do at trying to keep employees engaged, happy, and productive, some are undoubtedly still going to depart.

The 7 ways employees quit their jobs

That’s why this recent study published in the Journal of Applied Psychology was instructive because it focused on how people leave jobs, and it found that there are seven (7) ways in which people resign, listed in order of their frequency:

What a resignation tells you about an organization

Anthony Klotz, an assistant professor in the College of Business at Oregon State University, talked to Fast Company about this study, and he pointed out that:

For much of employees’ work lives, they possess relatively little power and control over their situation at work. However, once employees decide to leave, that power balance shifts,” Klotz says. “As such, the resignation is one of the few times that employees are free to express themselves without fearing termination,” he adds, suggesting that employers consider the way in which employees resign as a “diagnostic tool” for measuring employee satisfaction.”

He also had this observation:

If (managers) see a rash of negative resignations, it is a signal that employees are being treated poorly, and they should investigate and find the cause. When a company notices that in general their employees leave in a positive and grateful manner, they can take that as one sign that employees feel like they are treated relatively well.”

Get insights from departure data

Here’s my take: I hate to say that every workplace issue is about culture, but the reasons behind why employees resign, and how they do it, can tell you an awful lot about an organization’s culture.

If people feel good about the company culture, the way they have been treated, and the opportunities they have had, they will usually resign in a way that is positive for both the organization and themselves and will take great pains not to burn any bridges.

But the opposite is true as well — when people quit abruptly, or badly, or in some other negative manner, it tells you something about the state of the company’s culture.

Exit interviews rarely get at this, because most people either say very little or aren’t terribly frank about how they truly feel.

If you care about improving your culture, closely monitoring the hows and whys when people quit is a good place to start.

But if you do, you better be ready to do something about the reasons behind why people are leaving, because you’ll make things worse if you start to dig into this stuff without a plan to act on the things you find.

There’s nothing worse than raising false expectations. That’s what you’ll be doing if you don’t listen and react to the very real things your soon-to-be-former employees are trying to tell you.