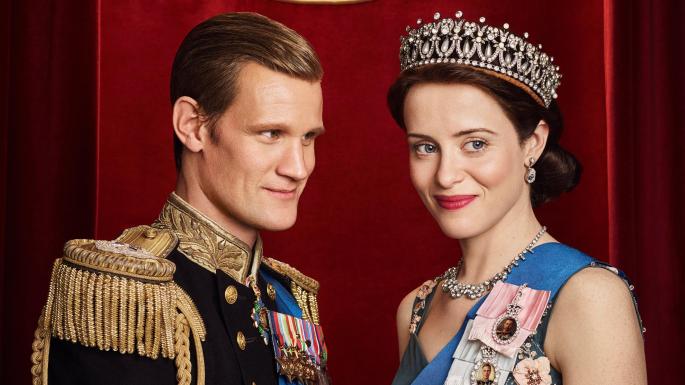 Queen Elizabeth Should Be Proud: Her TV Counterpart Is Finally Getting Paid Properly

LIKE SO MANY PEOPLE, one of my very favorite shows on TV today is the Netflix original The Crown.

I love it for the same reason’s I loved Mad Men — it brought me up to speed on an era I was too young to fully appreciate but just old enough to vaguely remember. 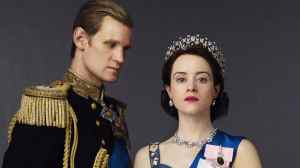 But, I also love it for another reason: when they recently had a gender pay problem with their lead female star, they listened to the public criticism and then fixed it quickly — at least quickly by Hollywood standards.

The Crown is described by Wikipedia as “a historical drama web television series … a biographical story about the reign of Queen Elizabeth II of the United Kingdom.”

An interesting twist to casting The Crown

But, there’s an interesting twist to how the producers have structured and cast the show. Again, as Wikipedia describes it:

The series is intended to last 60 episodes over six seasons, with 10 one-hour episodes per season, covering Elizabeth’s life from her younger years to her reign, and with new actors being cast every two seasons. Claire Foy portrays the Queen in the first two seasons, alongside Matt Smith as Prince Philip, and Vanessa Kirby as Princess Margaret. For the third and fourth seasons, Olivia Colman will take over as the Queen, Tobias Menzies as Prince Philip, and Helena Bonham Carter as Princess Margaret.” 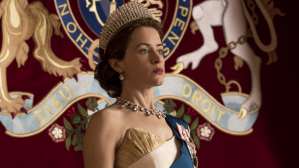 They are recasting all the roles in The Crown every two seasons to deal with the inevitable aging of the characters. After all, Queen Elizabeth is the longest reigning British Monarch and has ruled for over 60 years. Having an actor who portrayed her in her 20s try to play the Queen as she ages is problematic. That’s why recasting the roles every two seasons makes sense.

But, those first two seasons are REALLY well done. The casting of Claire Foy as Elizabeth, and Matt Smith (famous for his four-year stint as the 11th Dr. Who) as Philip, is damn near perfect.

Why is the Queen getting paid less?

What hasn’t been so perfect was how they paid the cast, especially when a report came out that Claire Foy was paid less than Matt Smith for the first two seasons of The Crown.

“Foy, 34, will receive around $275,000 in back pay after news broke that she earned less than her co-star Matt Smith, who played her on-screen husband Prince Philip, in 20 episodes over the course of two seasons.

The lump sum is designed to make up for the wage disparity between the two.

Last month, producers Suzanne Mackie and Andy Harries revealed at a panel at the INTV Conference in Jerusalem that Smith, 35, received a bigger paycheck due to his higher profile coming off Doctor Who.

“Going forward, no one gets paid more than the queen,” Mackie said at the time.”

It’s great that the producers believe that “no one gets paid more than the Queen,” but why did it take a public uproar for producers to do the right thing and pay their two lead actors equitably?
It’s unclear how much more Smith was paid than Foy, but Foy reportedly made $40,000 per episode, according to a 2017 Variety report.

It took a public outcry to get this fixed

When The Crown premiered in 2016, Smith was the more recognizable star thanks to his 2010-2013 tenure as the 11th Doctor on Doctor Who. That sort of clout comes into play when negotiating a contract, so the pay discrepancy between Smith and Foy before the show premiered isn’t that surprising.

But considering Foy’s Queen Elizabeth is the anchor and driving force of the show, it’s baffling that Smith would still be paid more than her in the second season. 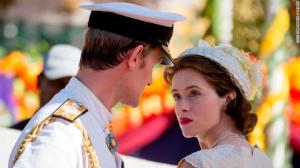 All’s well that end’s well, I suppose, but I wonder: Why did it take a public outcry to get Claire Foy paid what she deserved as the lead star in a popular show? I get that Matt Smith was paid more originally because of his experience, especially as Dr. Who, but why didn’t the producers step in sooner and reward Foy when it became clear that she was the driving force on a popular show?

I can’t answer that question, but I do have some experience with pay equity issues — it’s another story for another day — but suffice it to say that in the situation I was involved in, senior executives stepped in and fixed the pay problem once it became public and they realized just how unfair it was.

The difference between this and the situation on The Crown is that no one told my senior executives to fix the problem or made a big scene about it. No, they stepped up, did the right thing, and fixed it on their own once it dawned on them what had happened.

One of the things we tend to forget in our current hyper-critical, social media-driven world, is that people are still human, and sometimes, they make human mistakes. Everybody does, of course, but the thing that needs to happen more often is for those who make the mistake to own up and fix it ASAP.

That’s what happened on The Crown, it seems, and paying Claire Foy $275,000 to make it right WAS the right thing to do. It gives me hope that maybe, just maybe, we’re on our way to fixing the gender pay gap, and that’s good news for both my daughter AND my young granddaughter,

And all it took was Queen Elizabeth to make it happen.

1 comments on “Queen Elizabeth Should Be Proud: Her TV Counterpart Is Finally Getting Paid Properly”