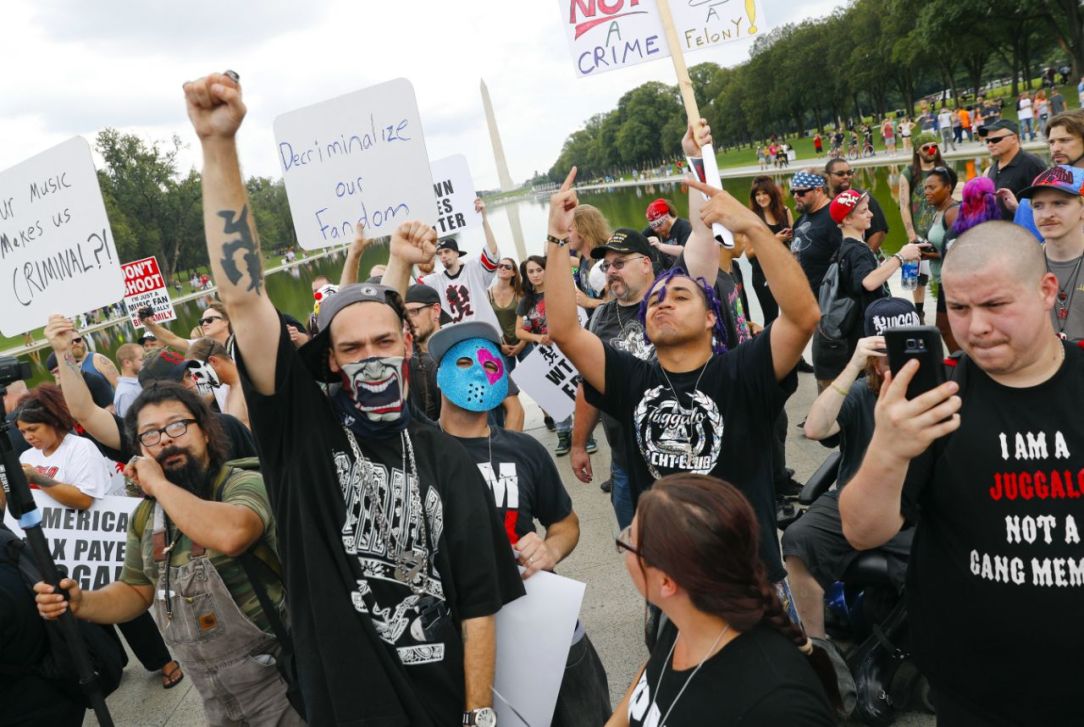 Here For the Wedding? Well, Make Sure You Make Time to Dodge the Protests

I WAS IN OUR NATION’S CAPITAL this past weekend to attend the wedding of a good friend and former colleague who got married for the first time at the ripe old age of 48.

Just that one little fact is fodder for a good blog post, but no, I won’t be going there.

It was a good wedding, as weddings go — except for the very scary email my soon-to-be married friend sent out to all attendees less than 24 hours before the service.

4 weddings and a funeral? No, one wedding and 30 protests

Here’s what he wrote that got my attention:

We’re looking forward to seeing each of you on our big day Saturday, Sept. 16! It turns out that that also is a big day — perhaps the biggest of the year — for protests in Washington.

Here’s an outline of the street closures that may pose a challenge as you make your way to Foundry United Methodist Church (1500 16th St., N.W., Washington, D.C.) for our 11 a.m. ceremony.

The street guidance is pasted below my signature. You may want to allow extra time to get to the church on time.

We’ll see you all on Saturday!

What followed that cheery message was a list of street closures from Washington, D.C’s Metropolitan Police Department that were stunning and frightening to behold:

On Saturday, September 16, 2017, the District of Columbia will be hosting numerous special events in and around the National Mall. In conjunction with these events, there will be several street closures that motorists should take into consideration:

The following streets will be closed from 6 am to approximately 11 pm (emphasis added):

The 9th Street and 12th Street tunnels will be closed from 6 am, until approximately 11 pm.

All street closures and listed times are subject to change based upon prevailing or unexpected conditions. Motorists could encounter possible delays if operating in the vicinity of this event and may wish to consider alternative routes. The Metropolitan Police Department and the D.C. Department of Transportation also wishes to remind motorists in the vicinity of this event to proceed with caution as increased pedestrian traffic can be anticipated.

Who gives the OK for 30 demonstrations?

Well, welcome to Washington where they never met a protest they didn’t like.

I found out later that there were no less than 30 — yes thirty, 3-zero — marches and demonstrations that had received permits for Saturday September 16 in our nation’s Capital. It was an all-time record, I’m told.

This made me wonder: Who in their right mind would give the OK to allow so many protests in one city — even Washington — on one day in September? Wasn’t this just asking for trouble?  It made this out-of-towner think, “what in the hell am I doing here on today of all days?”

But, The Post story went on to note that despite all the protests and marches and potential for bad stuff to occur, all went relatively well:

By late afternoon, police reported no violence and said they had not made any arrests.

It was a relief for D.C. authorities, who had prepared for the possibility of violent clashes and taken extensive security precautions, deploying large numbers of police officers and National Guard members on the Mall and barricading surrounding streets.”

My favorite Saturday protest, and the one getting the most attention in the media, was by the “juggalos,” the followers of the rap group Insane Clown Posse. They call themselves “the most hated band in the world,” and for some reason back in 2011, the Justice Department’s National Gang Intelligence Center decided the Juggalos were a “loosely organized hybrid gang,” like the Crips, Bloods and MS-13.

As odd as that seems, the juggalos finally got around to protesting this designation six years later — on my friend’s wedding day.

Why you don’t ever take Uber in Washington

Despite all of these protests, there is a happy ending to this story, Despite everything going on in Washington this past Saturday, my friend’s wedding came off beautifully without a hitch. The married couple was lovely and happy. And my 1 1/2 block walk from the hotel to the the church past the Australian Embassy was mercifully uneventful.

Yes, there were 30 protests and demonstrations in Washington, but none of them had an impact on any of us attending the Cielinkski-Schoeff wedding.

It took a cab driver, however, to put all of this in perspective.

As I headed for Reagan National Airport (DCA) and my flight back to LAX in the wee small hours of Sunday morning, I asked my cab driver — and my guess is that he originally hailed from somewhere in the Middle East — how he did on Saturday dodging the protests?

They didn’t bother him much, he said, but he added this:

You know, there are always all these protests going on around here, but as much as everybody protests, nothing ever changes.”

Well, that’s life I suppose. The more things change, the more they stay the same.

By the way, in case you’re wondering why I used an old-fashioned taxi instead of a cool and trendy Uber in DC, our hosts for the wedding gave us ample warning: Don’t take Uber in Washington because none of the drivers seem to know where they’re going. They always want the passengers to be able to tell them how to get there.

If you want someone who knows their way around town, they said, take a taxi because those drivers know how to get you anywhere.